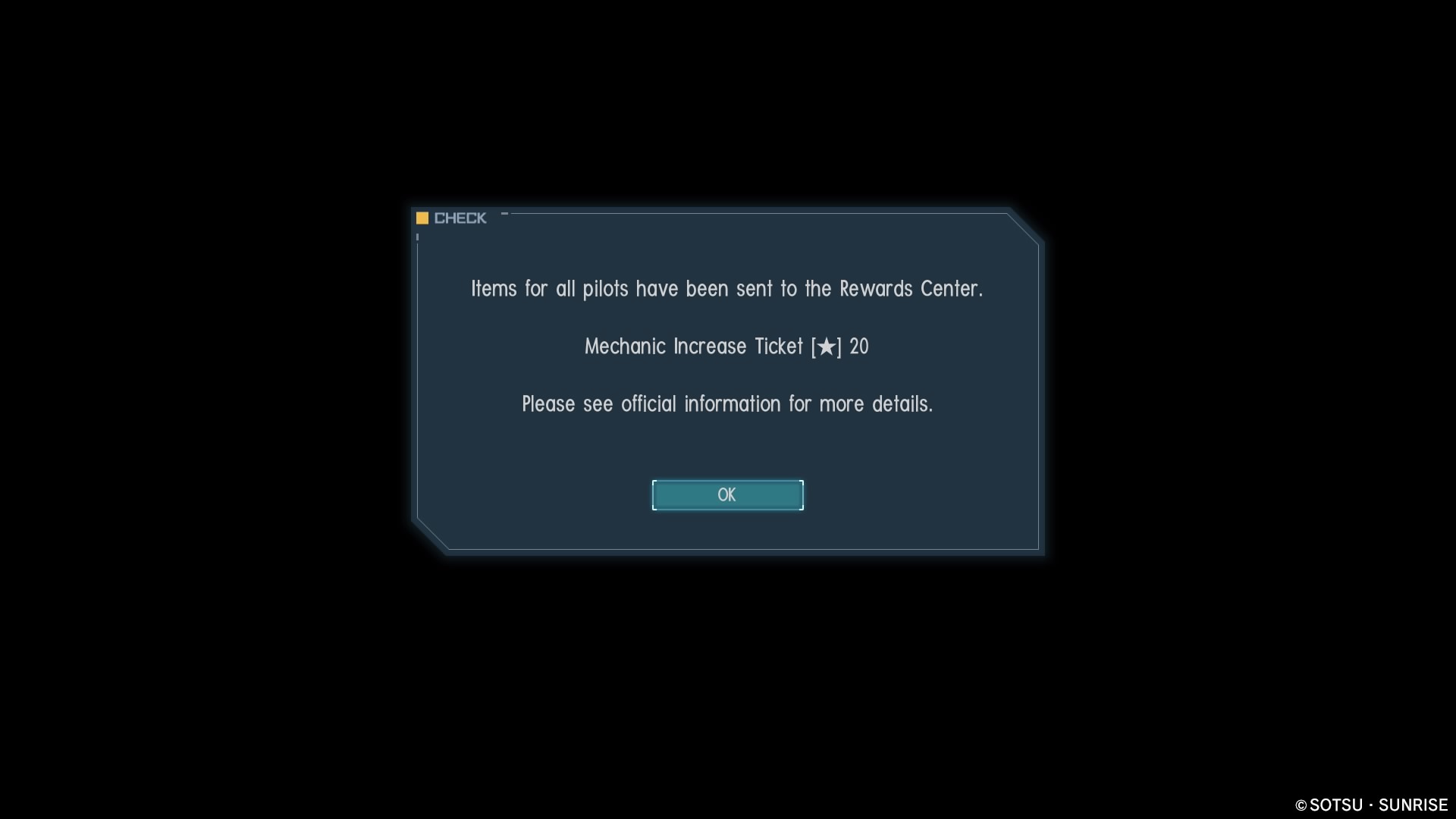 You can now try to spin the lottery to catch this amazing ZEONIC mobile suit.

You can now access the hangar for custom upgrades in Gundam Battle Operation 2. This will even the odds.

Mechanic Increase Tickets were given to shorten enhancement time.

The Mobile Suit Hangar allows you to choose which items to enhance.

As you can see there are two free enhancement slots available. I chose to enhance my Gunner Gundam LV1 and my Gyan LV2. This will take days but since I can still use them to play, I am not worried.

Enhance your way to victory!

This is to commemorate the game’s release and give other players the chance to catch amazing mobile suits including a two star material and on guaranteed 3 star mobile suit.

Protect yourself from enemy fire and make those sniper units miss with this amazing new unit from Gundam Battler Operation 2.

This update includes a big lottery boost along with pilot items. You can get two Gundam Variants, the RX-78 and Unit 3, Gelgoog Early Production Type and that Xamel. They also come with high tier weapons. My favorite update in Gundam Battle Operation 2!

Before this update there was the fabled Golden Week Update on Gundam Batte Operation 2 which featured the Gunner Gundam. Til then, shoot straight!